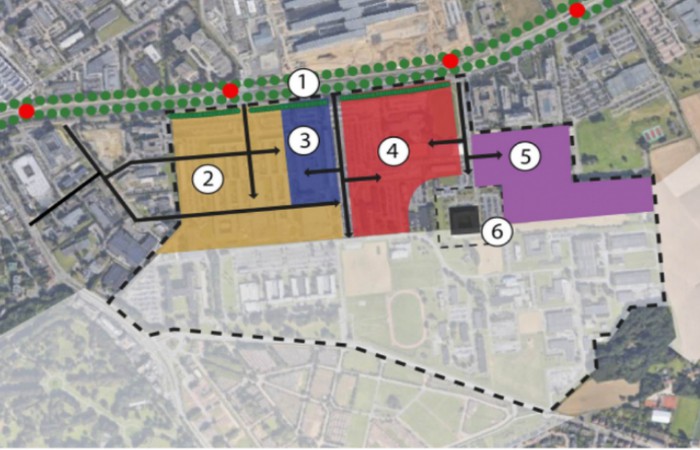 It will become home to some 3,000 people and include a new European school. News article: The Bulletin

According to the Bruzz news site, the old Nato site and property on the Flemish side of the border taken together adds up to some 90 hectares – or twice the area of Tour & Taxis. The new neighbourhood will include housing for about 3,000 people, a new headquarters for Belgium’s defence department, a new European school for up to 2,500 pupils, a business district and the office of Partnership for Peace, which works to build relationships between Nato and states of the former Soviet Union.