Article: EU Warns UK Must Compromise to Get a Trade Deal 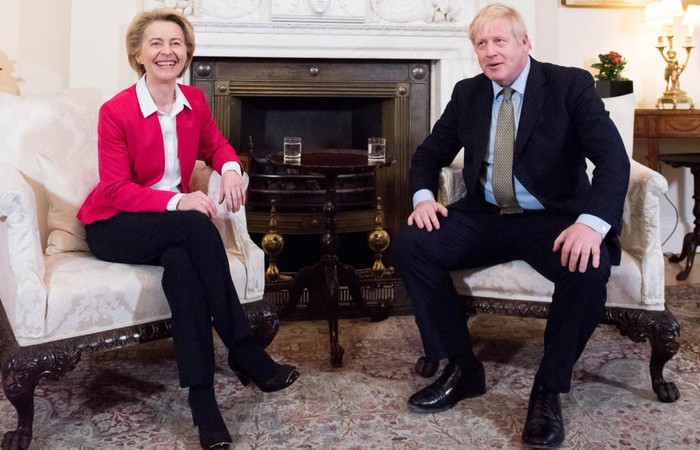 Von der Leyen, who took over as head of the EU’s executive branch on Dec. 1, met Johnson at 10 Downing Street in London on Wednesday for the first time since the British leader’s election victory last month.

"At the start of the meeting, Johnson noted that he and von der Leyen had attended the same Belgian school — the European School in Brussels, where both lived for a time as children. Johnson, 55, is six years younger than the EU chief."