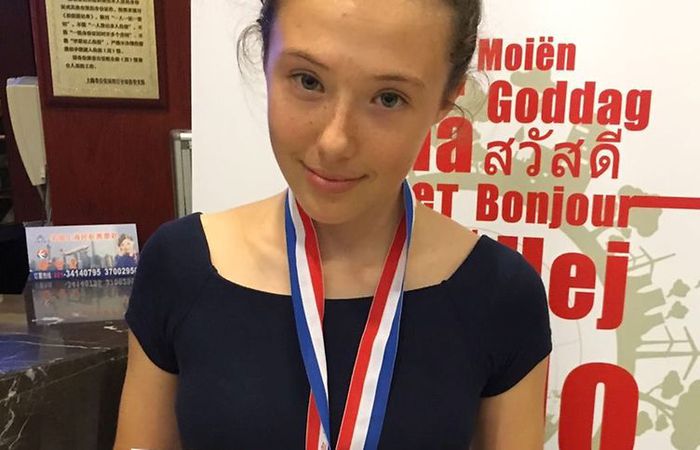 Article from the Luxemburger Wort

(JB) A budding young scientist from the European School in Luxembourg came first in the biggest science competition in Asia.

Camilla Hurst came out top at the CASTIC competition in Shanghai, marking the fourth science prize won by a Luxembourg student this year.

The news was announced by the Fondation Jeunes Scientifiques Luxembourg, which explained that only a month ago Camilla had been awared a science prize in France.

Hurst made local headlines in 2015 when she won the Young Scientists award for discovering a previously unknown type of bacteria as part of a science project.