How European are European School Alumni? 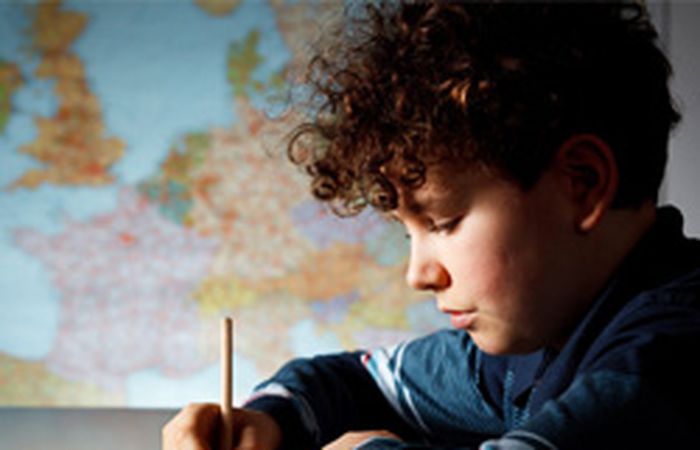 When I listen to my friends at university comment on something I do as being "so European", I inevitably question the true nature of my nationality. When I first arrived in England, I was offended by being labelled, but now I understand these sorts of remarks are merely idle banter. That being said, the fact that I was labelled as "European" at all is a sign of how different my new environment was.

Having attended three European Schools, I consider myself to be a real European School alumnus. Apart from attending more than one of the Schools, I am not significantly different from the rest of my peers. When I finished my Baccalaureate, I thought I felt sufficiently prepared to enter the "real" world, and start university in England. Once I started, however, I knew I had entered a completely different environment. I may have spoken the language and called myself British, but I would soon find out these were no guarantee for integration and adaption. Having to explain you live in Brussels but are actually British, speak English at home, and the rest of your family lives in England, but you've never lived in there yourself, and consequently know very little about it, is a lot harder than I would have imagined. When I try to explain this to students who have been through a conventional UK schooling system, they simply have no concept of what my childhood was like. The next step is trying to explain the European School, although after a couple of attempts you give up, deciding to settle on calling it "sort of like an international school, but more European and with more subjects".

The structure of the European School system offers diversity in teaching and learning, meaning we benefit from an extremely rounded education. For a lot of students, the European School system allows, from the earliest of ages, to develop in and thus adapt to multicultural environments. If any of you are struggling for CV fillers, this can essentially be considered a skill. If you have been in the School long enough, the irony of this is that, as a student, you only realise this once you have left the system!

Having been culturally educated from a European perspective, it does come as a shock when you move to more Europhobic countries such as the UK. I remember one of my flatmates saying to me one of the reasons Turkey should not join the EU is because they would have to adopt the Euro. I can only help but wonder, what his argument would have been if he knew Britain is also in the EU. When it comes to talking about Britain and EU, no concrete line exists dividing reasons "for" or "against". The fact the prime minister is offering an "in or out" referendum to the British population is quite offensive to an ex-European School student. Coming from a school where 95% of students' parents work in the institutions, I arrived at these shores with Europhilic political views, henceforth making it very hard to listen to people with little information criticize the EU.

So what is the source of this Europhobia? Older generations argue that Britain's long-reigning empire is one factor influencing people's attitudes. However, if you ask younger generations, Britain's lost empire doesn't seem to inspire or affect any attitudes towards today's European politics. One factor that is highly influential is the media. The freedom of the British press allows a lot of room for interpretation, some would say bias, where journalists twist stories in order to increase sales. Moreover, whether it is politics, science or the economy, journalists have a tendency to report the negative aspects and consequences of decisions, instead of the positives and who will benefit. This rule can be applied to most walks of public life, not just the sphere of European politics; journalists' primary goal, whilst trying to be eye-catching and pithy in their delivery of a given story, is to sell as many newspaper subscriptions as possible, and thereby increase their readership. In this way, it is not surprising to read some of the sensationalist headlines on European politics and policies that are slapped across British front pages on a regular basis. In their defence, not everybody is taught as thoroughly as the students of our Schools as to why the institutions were created and how they function, which is why journalists will simplify matters and often focus on the eye-catching and more controversial content. After all, knowing your EESC's and ECB's is not as easy as knowing your ABCs.

Leaving the European School with a positive outlook on other European nations does, however, make you consider how nationalistic you feel about your own country. On the one hand, if you are a current European School student, you could argue that it reinforces pride in your own nationality due to the language sections, and respect of our cultures "United in diversity", whilst on the other, you could argue the sense of community between students converges nationalities together and makes everybody feel more "European" overall. It is a hard argument to validate and to explain, especially to somebody who does not come from the European School.

This might explain why ex-European School students might find it hard to adapt to environments with people who have not come from similar backgrounds. Some people might even call it "culture shock". All is not lost, however; it just takes a lot courage to adapt. Our parents might simply call it growing up.

I work in the university bar. When a guy comes up to me and orders a coke and Fanta mix, I don't look at him as if he has three heads, I say "so, what part of Germany do you come from?"

When you meet students who have attended other European Schools, you can't help but jump for joy and feel really excited. One thing is for sure, we are all like-minded, in that we can understand each other culturally. Most students will hopefully look back the European School with a positive outlook, and be grateful of how much it taught them. Alumni Europae allows ex-students from all European Schools to unite and share ideas and values that a lot of people have unfortunately not been given access to, and construct a network of relationships on professional, as well as social, levels. After all, as Oscar Wilde said, "Education is an admirable thing, but it is well to remember from time to time that nothing that is worth knowing can be taught".