Alumni Europae ASBL is the association for former students of the European Schools. We believe there is a unique and invaluable connection amongst us that crosses all kinds of social, linguistic and national boundaries. The association was launched at the end of 2011 and has shown great signs of success over these few years of existence. Make sure you join in the fun and register with our new website to get the full AE experience.

Alumni Europae wants to unite and reunite former students, as well as parents, teachers and staff from all European Schools, by putting like-minded people in touch on a social and professional level. AE gives you an opportunity to research university and career options, to develop your future based on our members' broad experiences, and keep in touch with people you have shared so much with over the years, not to mention forge new friendships with other alumni from across the world.

Once you have registered, you will have access to an archive of members' university experiences, career guidance and a permanent network of information and support.

Alumni Europae plans to organize regular events; alumni reunions as well as events supporting the European ideals the Schools were founded upon. We feel this is especially important in a time in which Europe is suffering from an identity crisis in the midst of economic difficulties.

Keep checking the website for news on activities and events we will be organising in the near future.

The idea of an alumni association for former students of the European Schools is one that has been approached a number of times. Here is a brief history of the associations and what it has become today.

2013 - Alumni Europae ASBL merges with Euresco
Euresco, the domain names and all of its activities are transferred to Alumni Europae.

2011 - Creation of Alumni Europae ASBL
A new association of former students registered in Belgian Law. They rebuilt connections with schools and have built the organisation you see today.

2003 - The birth of a new community: euresco.org
A small team of former pupils led by Nicolas Beffort (Bac 85 FR WoluwÃ©) refused to resign, and decided to give a new birth to the project. They bought the Euresco database and euresco.org domain-name and paid all the debts of the former-organization to start on a new basis.

2001 - End of Euresco as an international organization
By the end of 2001, Euresco was virtually bankrupt. The dissolution was effective on December 31st, 2001, and has been published in the Belgian Official Journal (Moniteur belge) on April 11, 2002

1996 - Lack of institutional support
In 1996, the European Commission, that supported the launch of the organization from the beginning, could not help Euresco anymore.

1992 - Launch of Euresco
Between 1992 and 1996, Euresco published three issues of its Euresco-Book, reaching more than 8,000 former pupils and teachers worldwide. Eight issues of the newsletter (Euresco-News) were also published under the successive Presidencies of FranÃ§ois Wathelet, Eberhard BÃ¶mcke and Eric Everard. 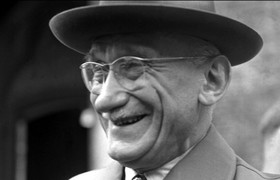 Documentary on the Robert Schuman Declaration - The Birth of Europe 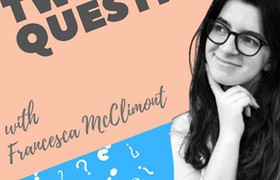 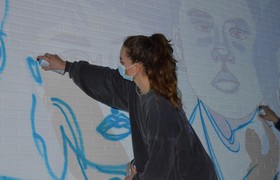